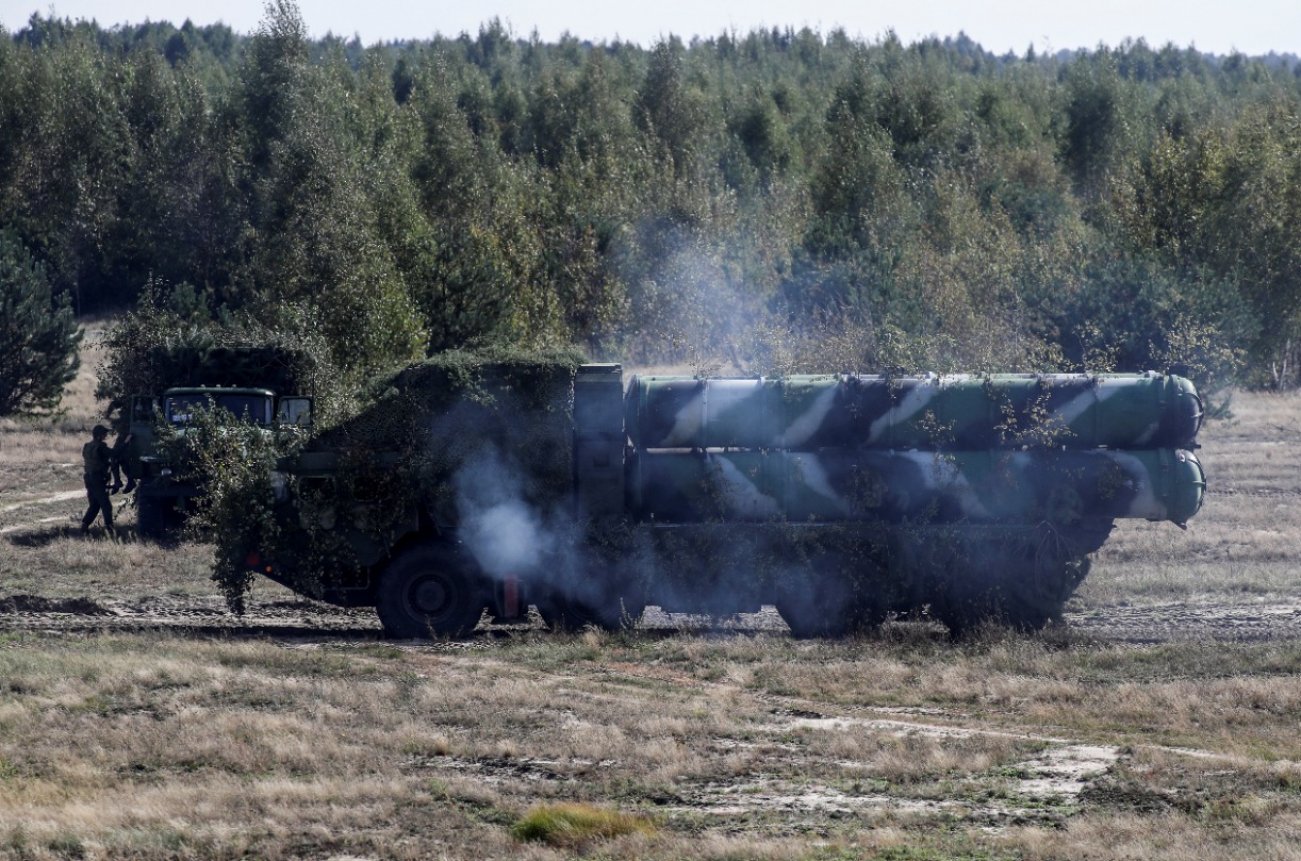 Here is a list of the top 5 countries, ranked.

Here’s What You Need to Remember: States that have access to enthusiastic populations with high human capital, that can cull the most innovative technologies from robust, modern economies, and that can structure their civil-military relations with just-enough-but-not-too-much independence will tend to do very well.

The focus of ground combat operations has shifted dramatically since the end of the Cold War. Relatively few operations now involve the defeat of a technologically and doctrinally similar force, leading to the conquest or liberation of territory. Preparation for these operations remains important, but ground combat branches also have a host of other priorities, some (including counter-insurgency and policing) harkening back to the origins of the modern military organization.

What will the balance of ground combat power look like in 2030, presumably after the Wars on Terror and the Wars of Russian Reconsolidation (more to come on this idea below) shake out?

Predictions are hard, especially about the future, but a few relatively simple questions can help illuminate our analysis. In particular, three questions motivate this study:

• Does the army have access to national resources, including an innovative technological base?

• Does the army have sufficient support from political authorities, without compromising the organization’s independence?

• Does the army have access to experiential learning; does it have the opportunity to learn and innovate in real-world conditions?

Given these questions, most ground combat forces of 2030 will very much resemble the most lethal forces of today, with perhaps a couple of important changes.

The Indian Army is poised to stand alongside the world’s most elite ground combat forces. The Army has dealt with combat operations across the intensity spectrum, contending against a Maoist insurgency at home, a Pakistani-supported insurgency in Kashmir, and a variety of other, smaller domestic operations. At the same time, the Indian Army remains well-prepared for high intensity combat against Pakistan, having long accepted the need for realistic combat training. Altogether, these experiences have helped hone the force into an effective tool for New Delhi’s foreign and domestic policy.

Recommended: The Fatal Flaw That Could Take Down an F-22 or F-35.

Recommended: Smith & Wesson’s .44 Magnum Revolver: Why You Should Fear the ‘Dirty Harry’ Gun

Recommended: 5 Best Shotguns in the World (Winchester, Remington and Beretta Make the Cut)

While Indian Army equipment has lagged behind competitors in important ways, India now has access to nearly the entire universe of military technology. Russia, Europe, Israel, and the United States all sell their wares to India, complementing a growing domestic military industrial complex. Despite the need to compete with the air and naval services, the Indian Army should have greater access to advanced technology in the future than it has in the past, making it an ever more formidable force.

Of all the European countries, France will likely retain the most capable, lethal army in the future. France remains committed to the idea of playing a major role in world politics, and clearly believes in the necessity of effective ground forces to fulfill that role. This should continue into the future, and perhaps even accelerate as France takes on greater control of the military and security apparatus of the European Union.

France’s military industrial complex remains robust, both on the domestic and the export fronts. The Army has modern command and communications equipment, and provides the backbone for most multilateral European Union forces. It also enjoys access to excellent field equipment, including tanks and artillery. The commitment of the French government to maintaining a strong domestic arms industry works in the Army’s favor.

The French Army has considerable experience with operations from the low to medium arcs of the combat spectrum. It has served in the Afghan and North African theaters of the Wars on Terror, using regular and elite forces to support locals and defeat enemy irregulars. The Army also enjoys the support of the two other French services; the Marine Nationale has creditable expeditionary capabilities, and the Air Force has increasingly focused on support operations, including battlefield strike, transport, and reconnaissance. The modular, professional nature of the Army makes it easily deployable across a wide range of territory.

The Russian Army went through a wrenching transformation at the end of the Cold War, losing much of its access to resources, to political clout, and to manpower. The military-industrial complex that had supported the Red Army collapsed in slow motion, leaving the force with outdated and poorly-maintained equipment. Morale dropped, and the Army struggled in combat against irregulars in Chechnya and elsewhere.

(Recommended: China and America Go To War in South China Sea: Who Wins?)

Not everything has turned, but some things have. Improvements in the Russian economy allowed for more investment in the force. Reform, especially in the elite forces, helped Russia win the war in Chechnya. In 2008, the Russian Army quickly defeated Georgia, and in 2014 it spearheaded the seizure of Crimea from Ukraine. Together, we might call these the Wars of Russian Reconsolidation, a conflict that may not yet have ended. The Russian Army continues to play the central role in Moscow’s management of the near abroad, even as it has ceded some space to naval and air forces over the past couple of years.

The Russian Army will remain a lethal force in 2030, but nevertheless will have serious problems. Access to technology could become a greater problem in the future. The death throes of the Soviet military-industrial complex have finally played out, leaving a system of innovation and production that has struggled on both sides of the coin. Manpower may also prove problematic, as the Army seems stuck between the old conscription model (supported by a dwindling population), and the volunteer system that makes elite forces so special. Still, Russia’s neighbors will continue to fear the size and prowess of the Russian Army (especially in so-called “hybrid” operations) for a long time.

The United States Army has represented the gold standard for a ground combat force since at least 1991. The defeat of the Iraqi Army in 1991, and the consummate destruction of the same in 2003, remain the most impressive feats of ground combat since the end of the Cold War. Over the last fifteen years, the Army has continued field operations in Iraq and Afghanistan; special operators have gone much farther afield.

The US Army continues to have access to a formidable system of military innovation. It shares the pie with the Navy, Air Force, and Marine Corps, but notwithstanding sluggish growth in the last decade, the pie remains very large. While some of the equipment used by the US Army still dates to the Cold War, almost all such material has undergone a series of upgrades to bring it up to the standards of modern, networked warfare. The Army has the world’s largest array of reconnaissance drones, connecting forward observation with lethal, accurate fires.

Moreover, the Army has fifteen years of combat experience in the Wars on Terror; the longest period of consistent combat operations since at least the Indian Wars. To be sure, this experience holds dangers, not least of organizational exhaustion. This is particularly concerning given the apparently endless nature of the wars in Iraq and Afghanistan. Nevertheless, the US Army should remain the most powerful ground combat force in the world in 2030, and not by a small margin.

Since at least the early 1990s, the People’s Liberation Army has engaged in a thorough-going reform of its ground forces. For decades, elements of the PLA acted as the guarantors of specific political factions within the Chinese Communist Party. As reforms took hold, the PLA became a commercial organization as much as a military one, taking control of a wide variety of small enterprises.

This situation began to turn as the Chinese economy erupted in the 1990s and 2000s. With access to funding and an increasingly innovative technology sector, the ground element of the PLA began to slim down and reform itself, becoming a modern military organization.

Like its American counterpart, the ground force of the PLA must share the financial pie with a pair of voracious partners. The era in which China focused on ground power at the expense of sea and air power has decisively ended. Also, the PLA can never detach itself fully from the factional struggles within the Chinese Communist Party (CCP); the two are too closely intertwined for anything approaching Western style civil-military relations to take hold.

Reform has included massive equipment modernization projects, realistic training, and steps toward the professionalization of the force. While the PLA does not enjoy the same level of funding as the US Army, it does have access to nearly unlimited manpower, and it controls greater resources than almost any other army in the world. The one thing the PLA lacks is real-world experience; it has not conducted live combat operations since the Sino-Vietnamese War, and has played no role in the major conflicts of this century. Still, there is no reason to believe that existing trends in PLA modernization and reform will change direction in the next fifteen years.

In the end, the answers to “how do we build a powerful army” remain painfully simple. States that have access to enthusiastic populations with high human capital, that can cull the most innovative technologies from robust, modern economies, and that can structure their civil-military relations with just-enough-but-not-too-much independence will tend to do very well. Experience doesn’t hurt, either. The simplicity of the answers does not imply that the prescriptions are easy to achieve, however.

Robert Farley , a frequent contributor to TNI, is a Visiting Professor at the United States Army War College. The views expressed are those of the author and do not necessarily reflect the official policy or position of the Department of the Army, Department of Defense, or the U.S. Government

This article first appeared a few years ago and is being republished due to reader interest.