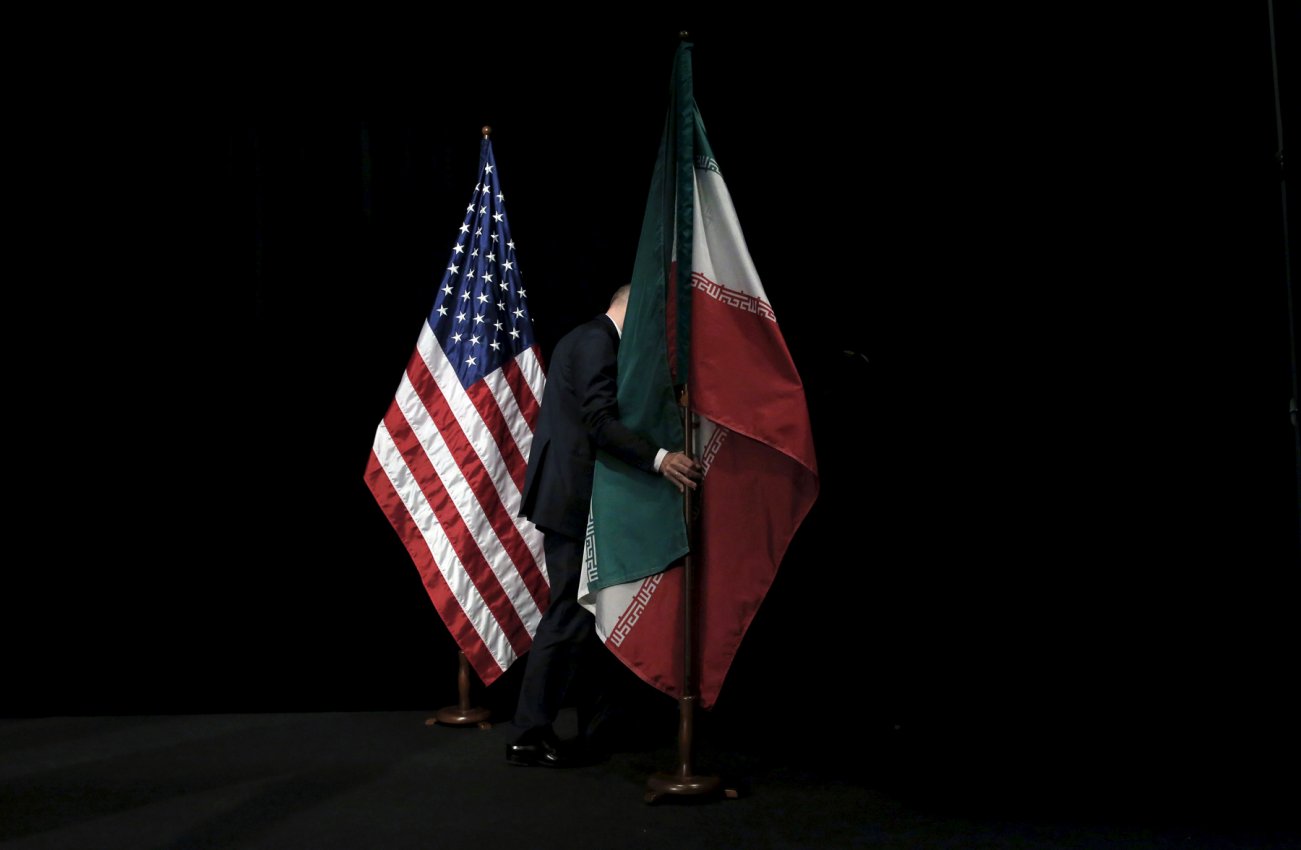 It seems that U.S. patience with China’s growing footprint in the Middle East is running out in what increasingly looks like a zero-sum game, demanding its allies now must choose sides.

A rare statement in early May 2020 by U.S. Assistant Secretary of State for Near Eastern Affairs David Schenker didn’t receive a proper amount of attention. Schenker said that the Gulf Arab states should consider their relationship with the United States when dealing with China. Furthermore, Schenker announced, “[t]hese [Gulf] states have to weigh the value of their partnership with the United States . . . [w]e want our partner nations to do due diligence” as it pertains to their relationships with China.

This extraordinary statement laid bare the lingering tensions between Riyadh and Abu Dhabi with Washington over the Arab Gulf States’ deepening relationship with China. Today, the Gulf states are on the frontline of China’s expanding influence, especially in terms of Chinese purchases of crude oil and its involvement in building 5G infrastructure in the Gulf. The United States is particularly concerned about the participation of the Chinese telecommunications firm Huawei in developing 5G capabilities in the region, which hosts the U.S. Navy’s Fifth Fleet and the forward headquarters of the U.S. military’s Central Command (CENTCOM), among other bases. On its end, the United States has banned Huawei in the United States and has pressured its allies to take similar steps. Saudi Arabia and the United Arab Emirates—global transport and trade hubs—understand that there are no good alternatives to the U.S. security guarantees at the present time, especially vis-à-vis Iran, but doubts about the long-term credibility of Washington’s political commitment persist.

Riyadh and Abu Dhabi may try to hedge their bets and hope relations with China can complement their relations with the United States. However, it seems that U.S. patience with China’s growing footprint in the Middle East is running out in what increasingly looks like a zero-sum game, demanding its allies now must choose sides.

“They (Gulf states) risk rupturing the long-term strategic relationship they have with the U.S.,” a senior U.S. official told the Financial Times last June, in what looks like a pressure campaign vis-à-vis the Gulf states. China’s demand for oil is expected to increase in the coming decades, hence the Gulf’s immense importance to China’s overall Middle Eastern considerations. Additionally, China sees the Gulf states as a potential investment market, both for heavy industry infrastructure such as ports and railways, and as a destination for Chinese technology. Beijing makes frequent use of its economic power to promote its political objectives, and the Gulf arena is no different in this respect. As for the Gulf leaders, they seems more sympathetic to the Chinese model of economic openness and controlled politics alongside a disregard for human rights.

Despite its recent regional advancements, China is still largely on the sidelines of the political playing field in the Middle East and the Gulf in particular. Its involvement in the Middle East does not receive the kind of attention that Russia’s involvement receives, but it could be far more significant. China’s involvement is much more sophisticated and long-term oriented, with no troops on the ground. Instead, it uses economic and soft-power tools.

As China, the world’s second-largest oil consumer after the United States has seen domestic demand return almost to pre-COVID-19 crisis levels it is becoming ever more important for Gulf oil producers as they scramble to find buyers. Indeed, more than one-third of Gulf crude and condensate exports are exported to China.

Political ties between China and the Gulf states are conducted with mutual avoidance of controversial issues in an attempt to focus on areas of common ground. This delicate balancing act is reflected in China’s consistent avoidance in terms of declaring a definitive regional policy, taking a clear stand on issues of contention, and adopting a particular side in disputes. In this way, China avoids inviting pressure, especially from the United States and Europe, on itself and its Gulf Arab partners.

Gulf states avoid making public statements and taking positions on issues that may embarrass China and generate international pressure, especially on domestic issues. They understand Chinese sensitivities and realize that such steps would harm the fabric of a relationship that has a strategic importance to them. Thus, they avoid statements on the human rights situation in China and refrain from criticism of China’s treatment of the Uyghur Muslim minority in Xinjiang Province, where at least one million Uyghurs have been sent to “re-education” camps.

Take for example Saudi Arabia, the “Custodian of the Two Holy Mosques,” which is active and shows concern for Muslim minorities elsewhere in the world, including outside of the Middle East. When Crown Prince Mohammed bin Salman visited Beijing in 2019, the Saudi Crown Prince justified Beijing’s actions against the Uyghurs and declared that “China has the right to take anti-terrorism and de-extremism measures to safeguard national security.” Furthermore, in 2019, Saudi Arabia, Qatar, and the UAE were among the thirty-seven countries that sent the United Nations a letter of support for China and praised it for “remarkable achievements in the field of human rights.”

Alongside its political and economic influence, China is also investing resources to increase its soft power. For example, in June 2019, the Confucius Institute was opened at King Saud University in Riyadh. The Institute will provide Chinese language courses and promote cultural communication between the countries.

In recent years, China has also increased its security footprint in and around the Gulf; Chinese naval forces were dispatched to the Gulf of Aden (to combat maritime piracy), Chinese ships have visited ports in the Gulf, a naval and aerial support base was opened in Djibouti (China’s first outside of its borders), China took over management of a seaport in Pakistan, and joint military exercises were conducted by China with Iran, Russia, and Saudi Arabia. Furthermore, China-Saudi security cooperation has increased. Riyadh and Abu Dhabi’s increasing interest in unmanned aerial vehicles and the continued U.S. refusal to provide certain capabilities (with emphasis on offensive vehicles) due to policy restrictions, export controls, and the need to consider Israel’s security needs has led to Gulf states’ acquisitions of these capabilities from China. Although the Chinese platforms are known to be of lower quality compared to Western products, they seem sufficiently satisfactory, and in any case, it is evident that this quality is constantly improving.

So far, the Gulf states have been able to develop their economic ties with China without damaging ties with the United States They will continue to make efforts to maintain parallel relationships, and will do their utmost to avoid having to “choose sides” between the United States and China. However, as China’s political and security presence increases in the Gulf, the Gulf states will find it increasingly difficult to maintain this delicate balance.

At present, the extent of the U.S. military presence and its ability to project power, along with the quality of its combat systems, the depth of military and political relations, and its ability to act jointly with friendly militaries are beyond China’s ability to compete. However, Beijing could take advantage of Gulf apprehensions with regard to its traditional ally, the United States, and try to create a wedge between them.

As Beijing continues to nibble around the edges in areas where the United States fails to meet its Gulf allies’ requests, both sides will need to compromise. The next U.S. administration will need to present its Gulf allies with more sufficient alternatives to China’s growing economic and technology attractiveness, while the Gulf states will have to understand the cost of maintaining this enduring alliance.

Yoel Guzansky is a senior researcher at the Institute for National Security Studies, Tel Aviv University. Sigurd Neubauer is a Middle East analyst based in Washington. Alex Vatanka is a Senior Fellow at Middle East Institute.