The head of Chechnya has announced the imposition of “all the sanctions in the republic” against US Secretary of State Mike Pompeo. Ramzan Kadyrov says it’s in response to Washington’s latest measures against his relatives.

On July 20, the US State Department slapped additional penalties on Kadyrov “for numerous gross violations of human rights dating back more than a decade.” He had already been sanctioned under the Magnitsky Act, which aims to punish those considered by Washington to be human rights offenders.

During a meeting broadcast on Grozny State Television’s YouTube channel, Kadyrov announced retaliatory measures and canceled his invitation to Pompeo to visit the region.

“I declare that we will impose [on Pompeo] all the sanctions that we have in the republic, up to and including blocking his accounts. They did the same against me,” Kadyrov said.

Kadyrov also expressed bemusement at the inclusion of his wife and family on the sanctions list, who, amongst other things, are now banned from getting US visas.

“Having no evidence, without a trial, we [Kadyrov and his family] were included in the list of the most serious American sanctions,” the Chechen leader said. “If I have committed a crime, what have my children got to do with it? Where is it written that married daughters are responsible for the sins of their father?”

After announcing new sanctions, Kadyrov claimed that he had “reliable information” from the Security Service of Ukraine (SBU) that the US secretary of state “ordered” the killing of George Floyd, so that US President Donald Trump would lose the upcoming presidential election. 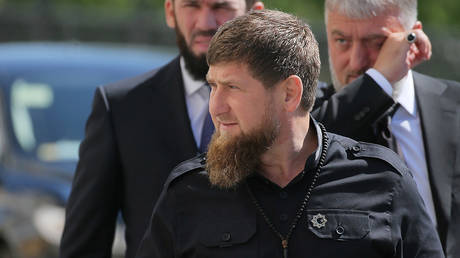